By Tapit from a prolific Phipps family, Flightline was bred by Jane Lyon’s Summer Wind Farm and raced by Summer Wind in partnership with Hronis Racing, Siena Farm, West Point Thoroughbreds and Woodford Racing. A $1-million Fasig-Tipton Saratoga yearling purchase from the Lane’s End consignment, Flightline was trained by John Sadler and was ridden in all six of his starts by Flavien Prat.

Flightline’s victory in the $6-million Breeders’ Cup Classic at Keeneland was the culmination of an historic career in which he won all six starts—including four Grade 1s—and earned $4,514,800. Flightline is the world’s highest-rated racehorse in 2022, having been assigned a mark of 139 following his 19 1⁄4-length victory in the Pacific Classic (G1) on Sept. 3. His rating is the second-highest ever assigned by the World’s Best Racehorse rankings and he is the highest-rated dirt horse in history. Facing the strongest field he had ever met in the Classic, Flightline stalked four-time Grade 1 winner Life Is Good through hot fractions before collaring that rival at the quarter pole and drawing clear under a hand ride. He earned a Beyer Speed Figure of 121.

Flightline displayed star power right from the beginning, winning on debut in April of 2021 at Santa Anita Park. His 13 1⁄4-length victory earned him ‘TDN Rising Star’ status and a Beyer Speed Figure of 105. He was scintillating in a first-level allowance at Del Mar at second asking, winning by 12 3⁄4 lengths and earning a 114 Beyer.

Making his stakes debut in the Malibu S. (G1) in December of 2021, Flightline continued to assert his dominance, winning by 11 1⁄2 lengths for a 118 Beyer. Next seen in the Metropolitan H. (G1) at Belmont Park on June 11, Flightline overcame a troubled trip to score by six lengths, earning a 112 Beyer.

Trying two turns for the first time in the Pacific Classic, Flightline pulled clear effortlessly from Dubai World Cup (G1) winner Country Grammer to earn a 126 Beyer--the joint second-highest Beyer since Daily Racing Form began publishing Beyer Speed Figures 30 years ago. Thoro-Graph assigned Flightline a – 8 1/2, the fastest number it has ever given out. Flightline’s Pacific Classic performance resonated overseas, too: Timeform assigned him a rating of 143, the highest number ever given to an American-trained horse.

Flightline is out of Jane Lyon’s Feathered, a daughter of Indian Charlie who won the Edgewood S. (G3) at Churchill Downs and finished second in both the American Oaks (G1) and Starlet S. (G1) and third in the Frizette S. (G1). It is an excellent Phipps family, the third dam being the Matron S. (G1) and Acorn S. (G1) winner Finder’s Fee, and the fourth dam the Grade 1-winning and multiple Grade 1-placed Fantastic Find. 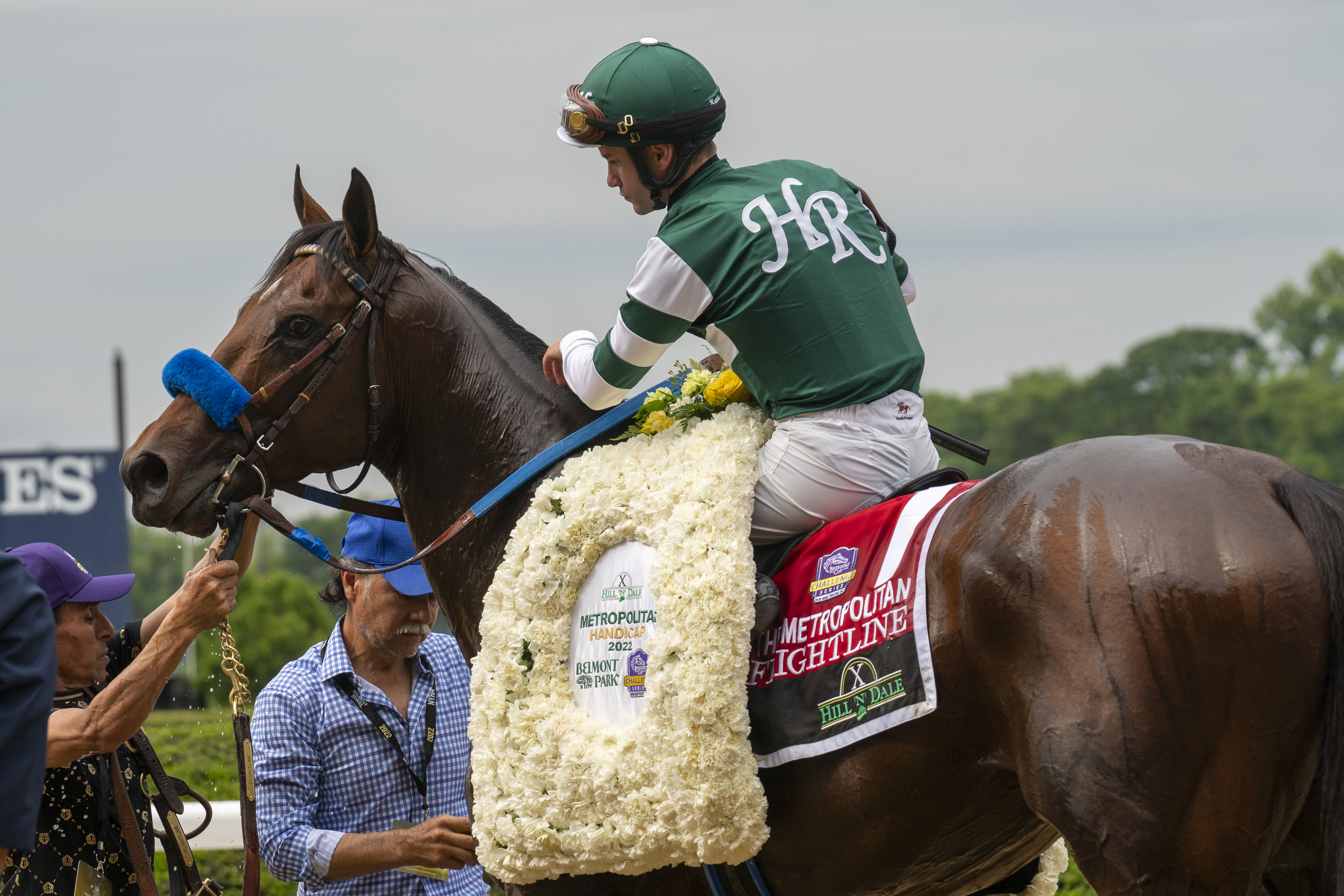 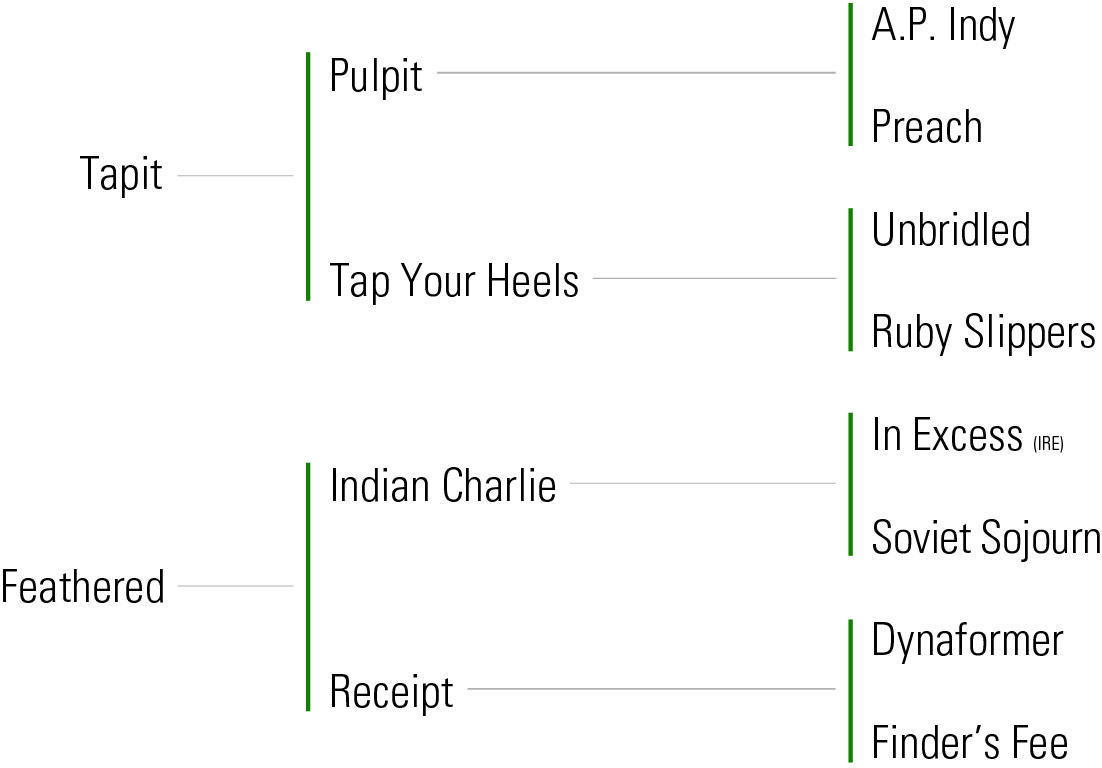 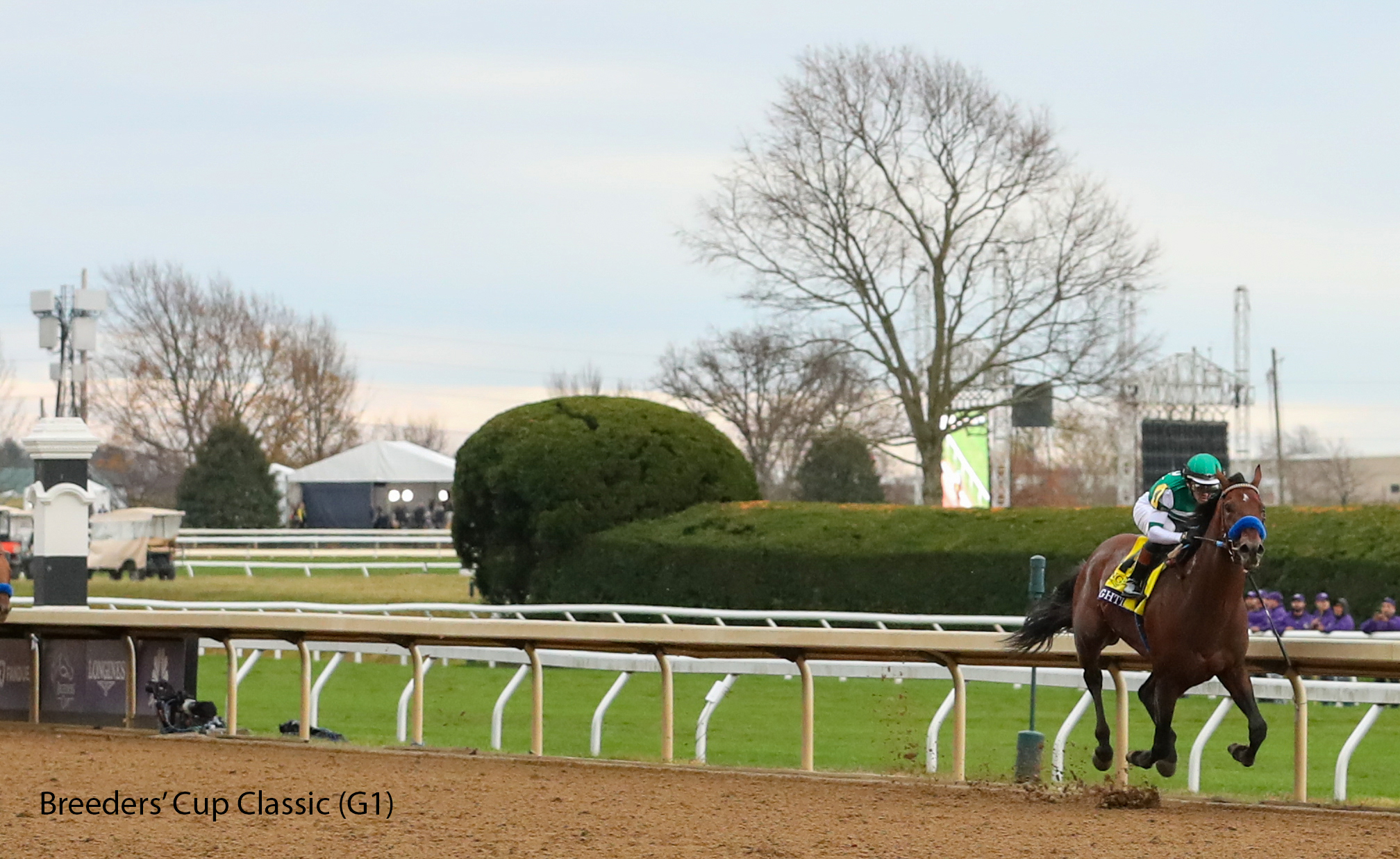 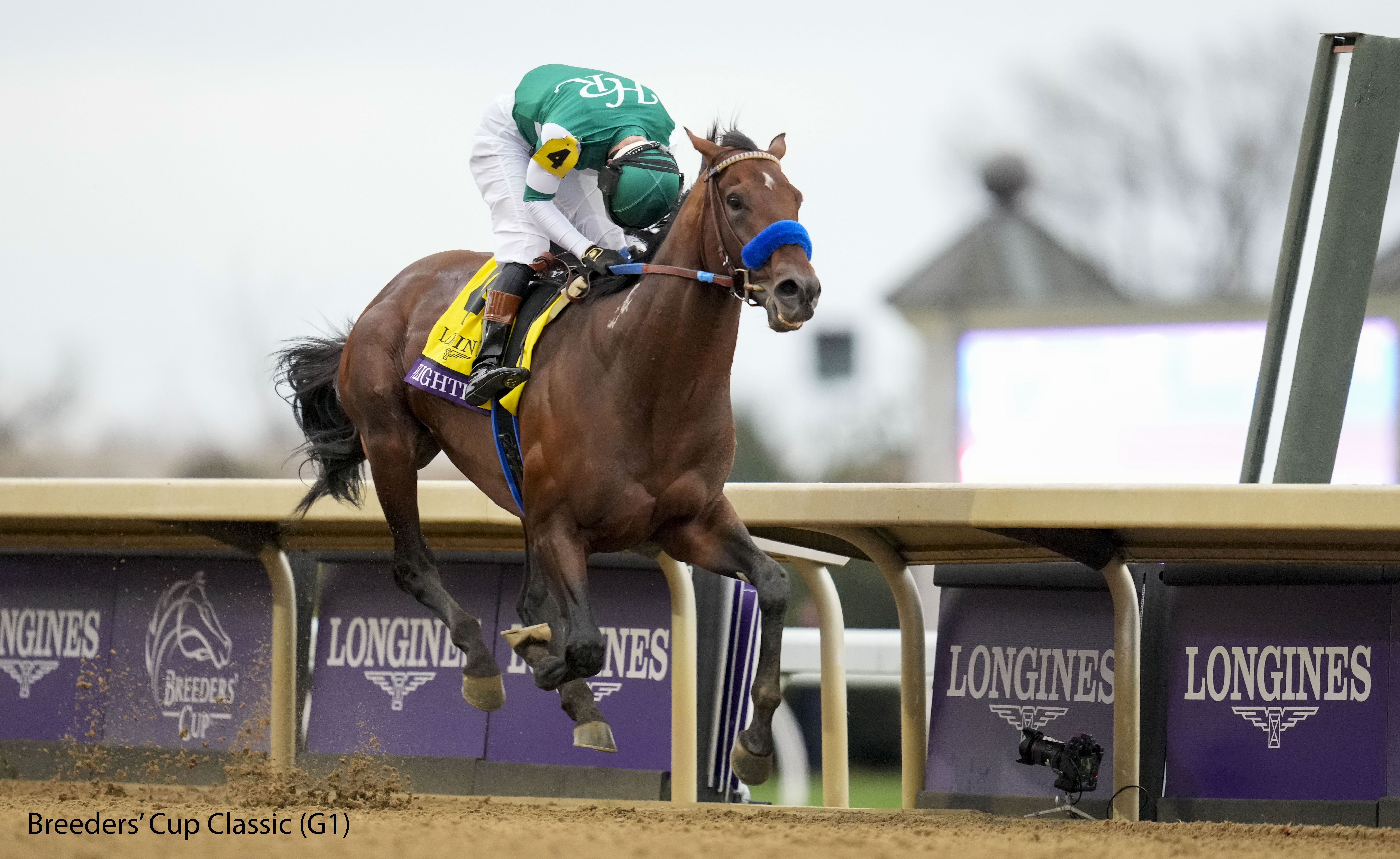 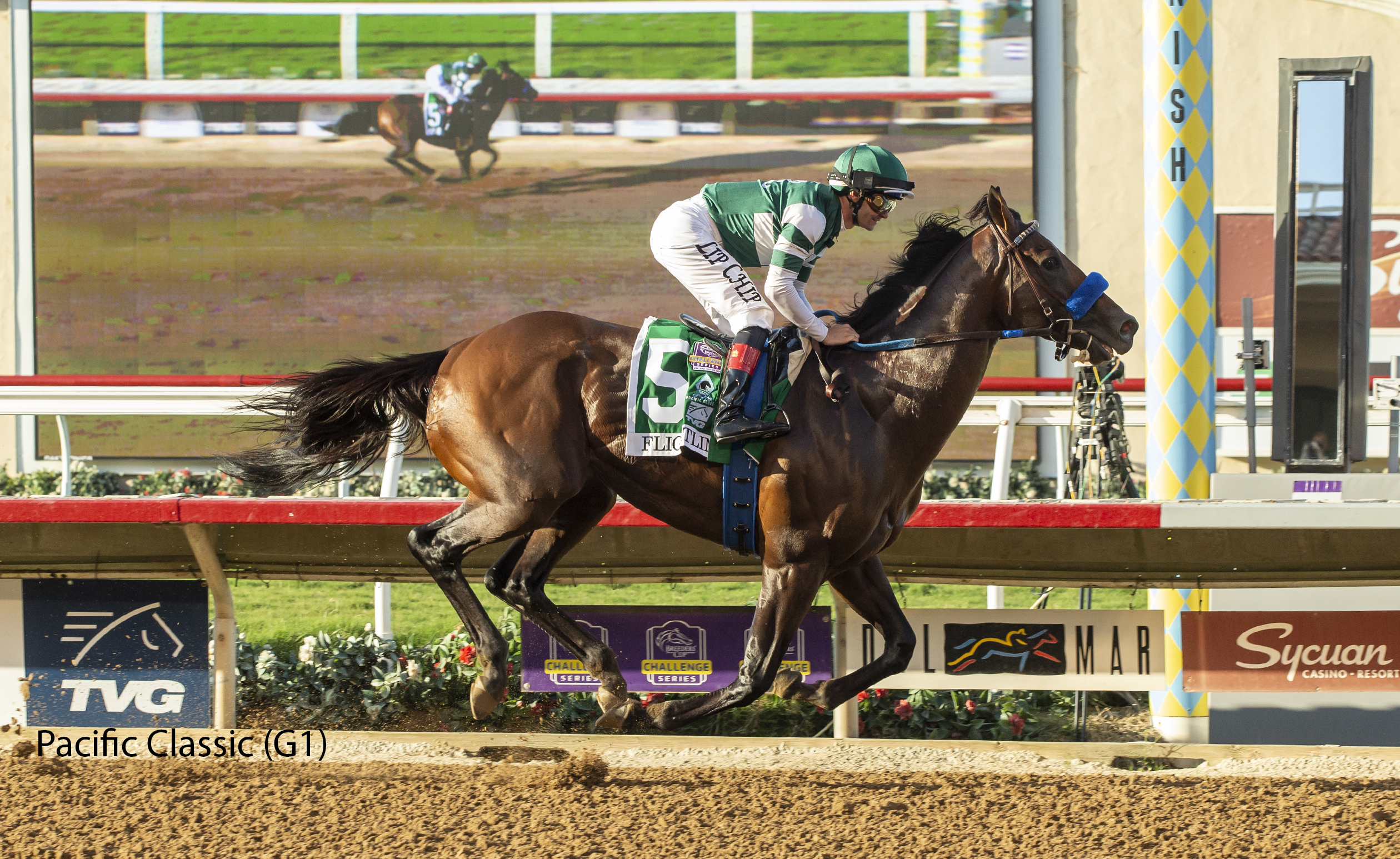 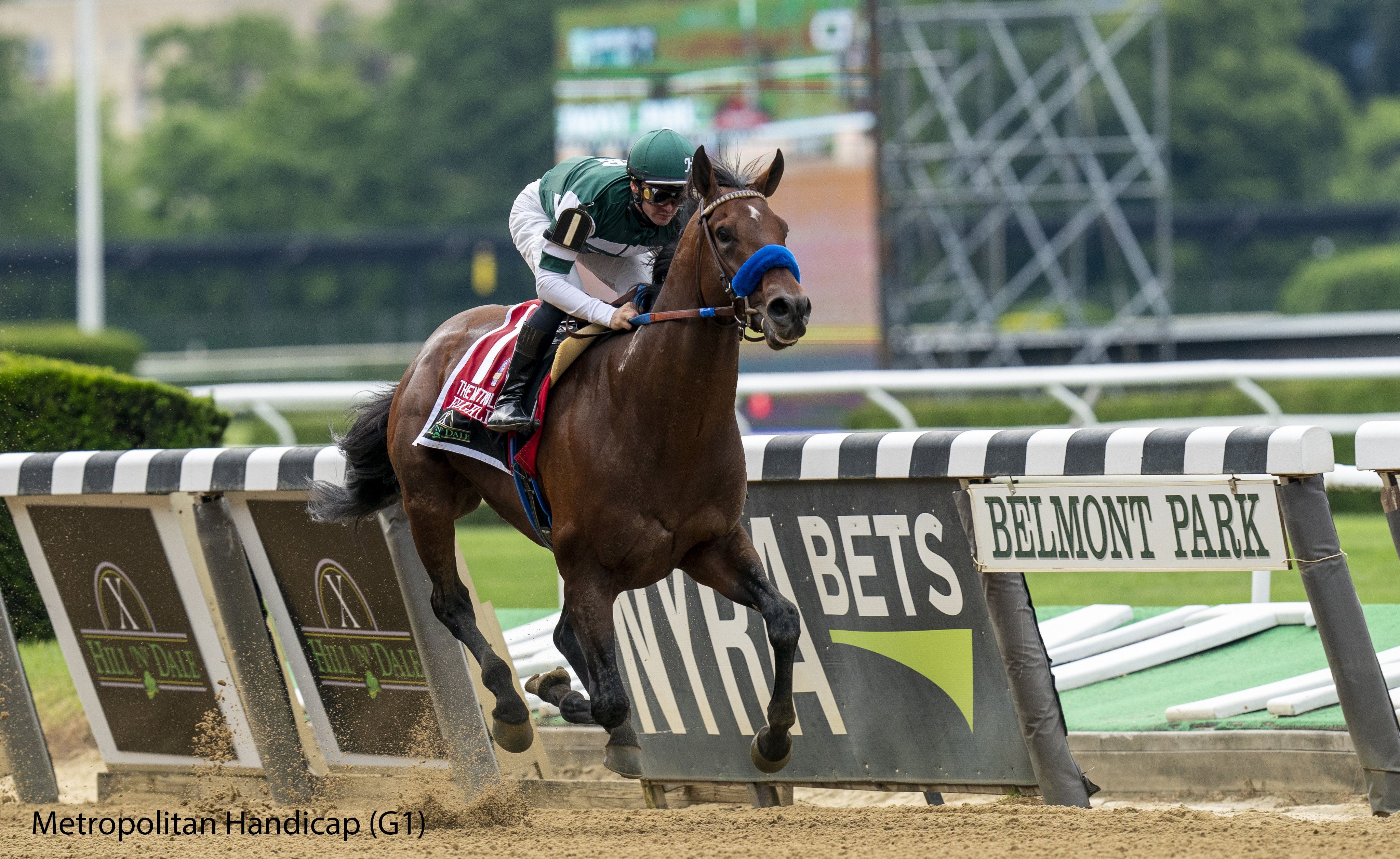 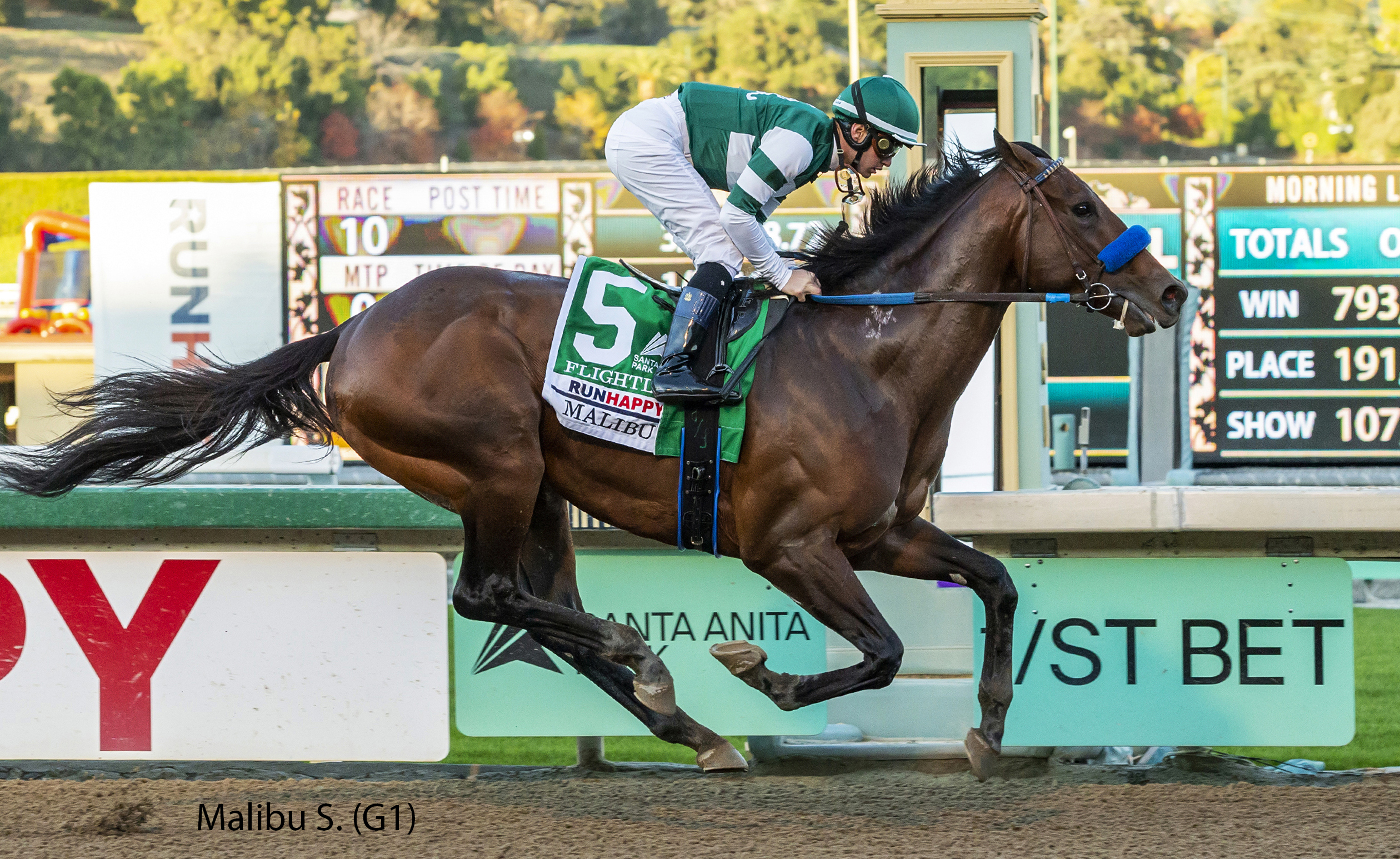