Flatter - Caressing, by Honour and Glory

Champion Three-Year-Old West Coast is one of the top runners of his era, having defeated Classic winners Always Dreaming, Cloud Computing and Tapwrit, as well as Champions Arrogate and Stellar Wind. His career is highlighted by back-to-back Grade 1 wins, wiring the Travers S. before annexing the Pennsylvania Derby in effortless fashion. The well-traveled runner has victories at five different tracks, with six triple-digit Beyer Speed Figures and over $5 million in earnings.

West Coast, a $425,000 Keeneland September buy, is the leading earner by sire Flatter. The bay is out of Champion Two-Year-Old Filly Caressing, which makes him a half-sibling to the graded stakes-placed Juan and Bina and Gold Hawk.

West Coast's exciting debut yearlings saw six-figure successes, with sales up to $300,000. The first class of weanlings by West Coast sold up to $200,000.

His two-year-olds have demanded six figures in the sales ring this year, with his top colt selling for $570,000 and his top filly selling for $525,000.

West Coast's first two-year-olds are hitting the track now. His impressive first winner Fit to Fly, who sold at OBS March for $570,000, won by an exciting 7 1/4 lengths on debut. 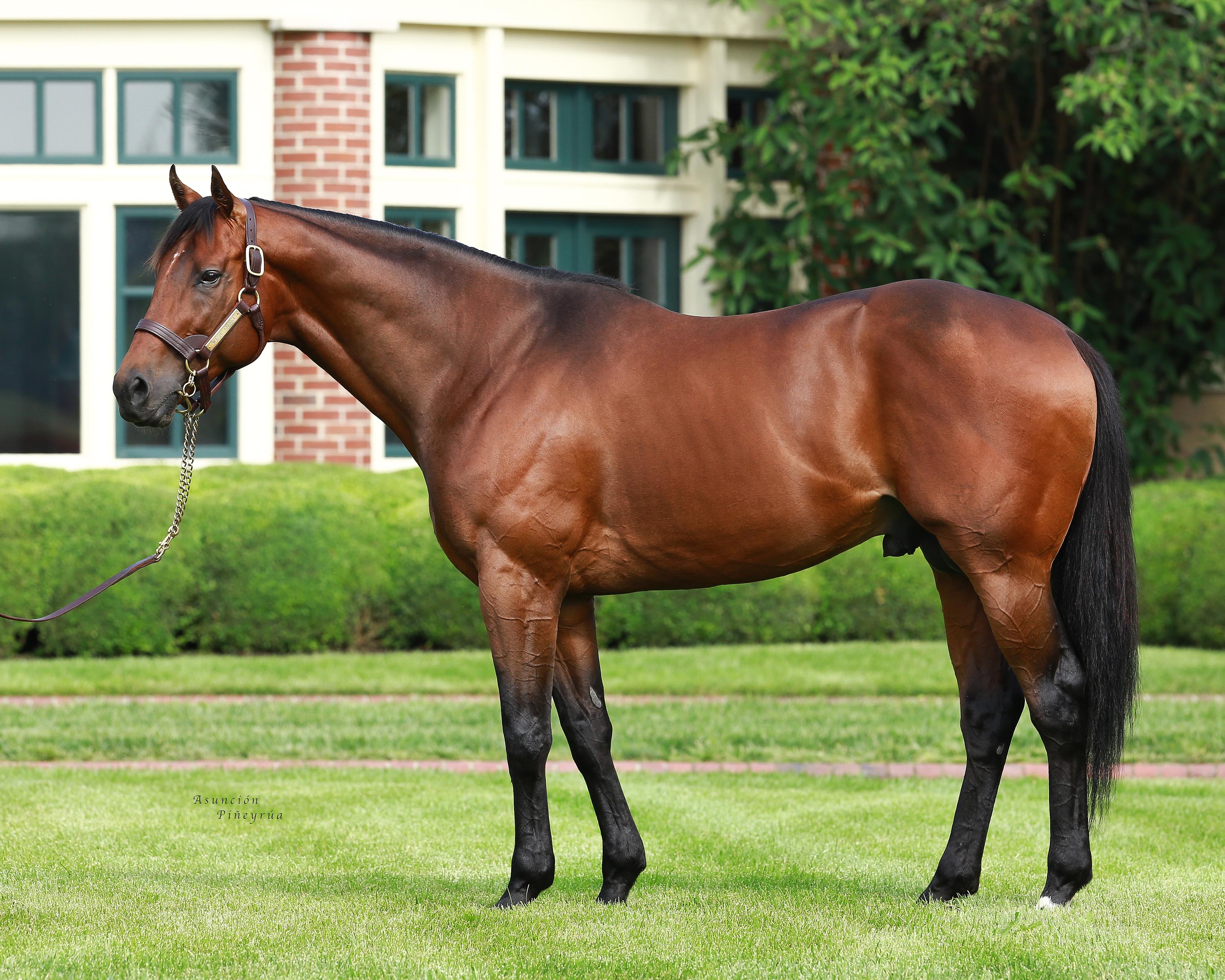 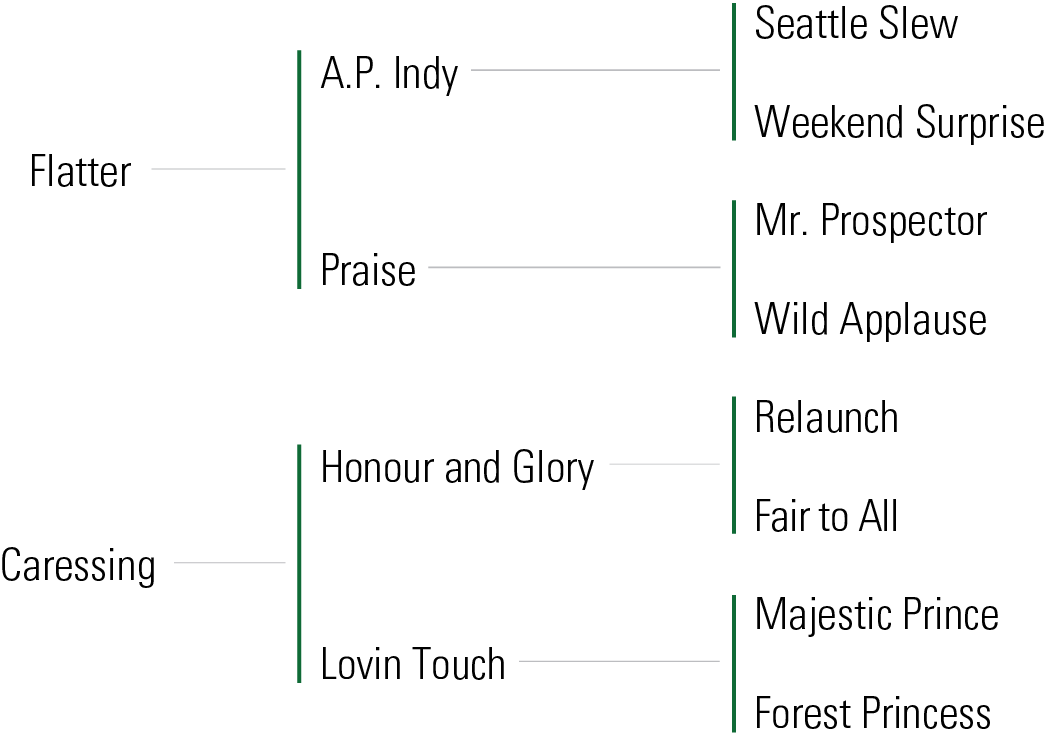 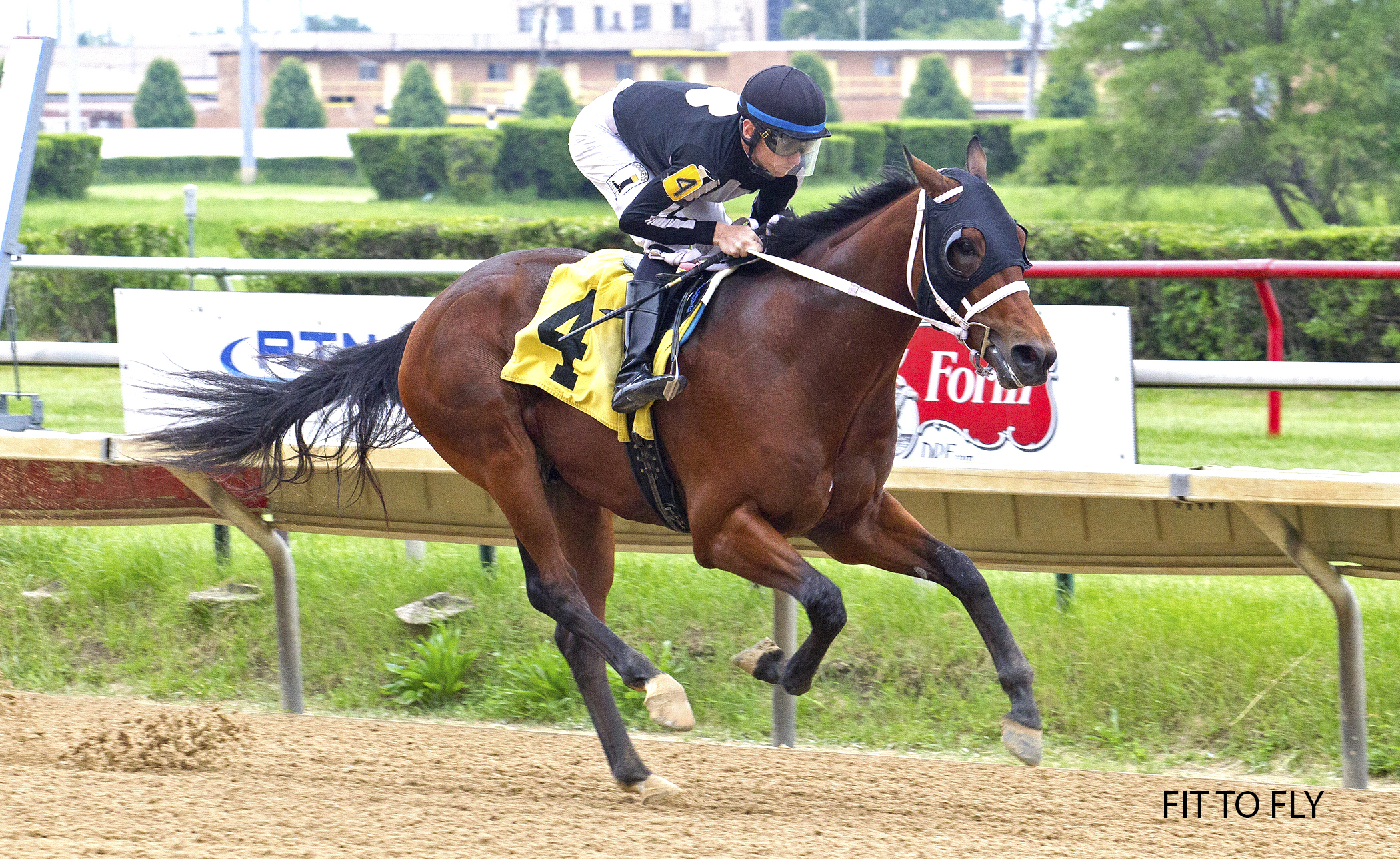 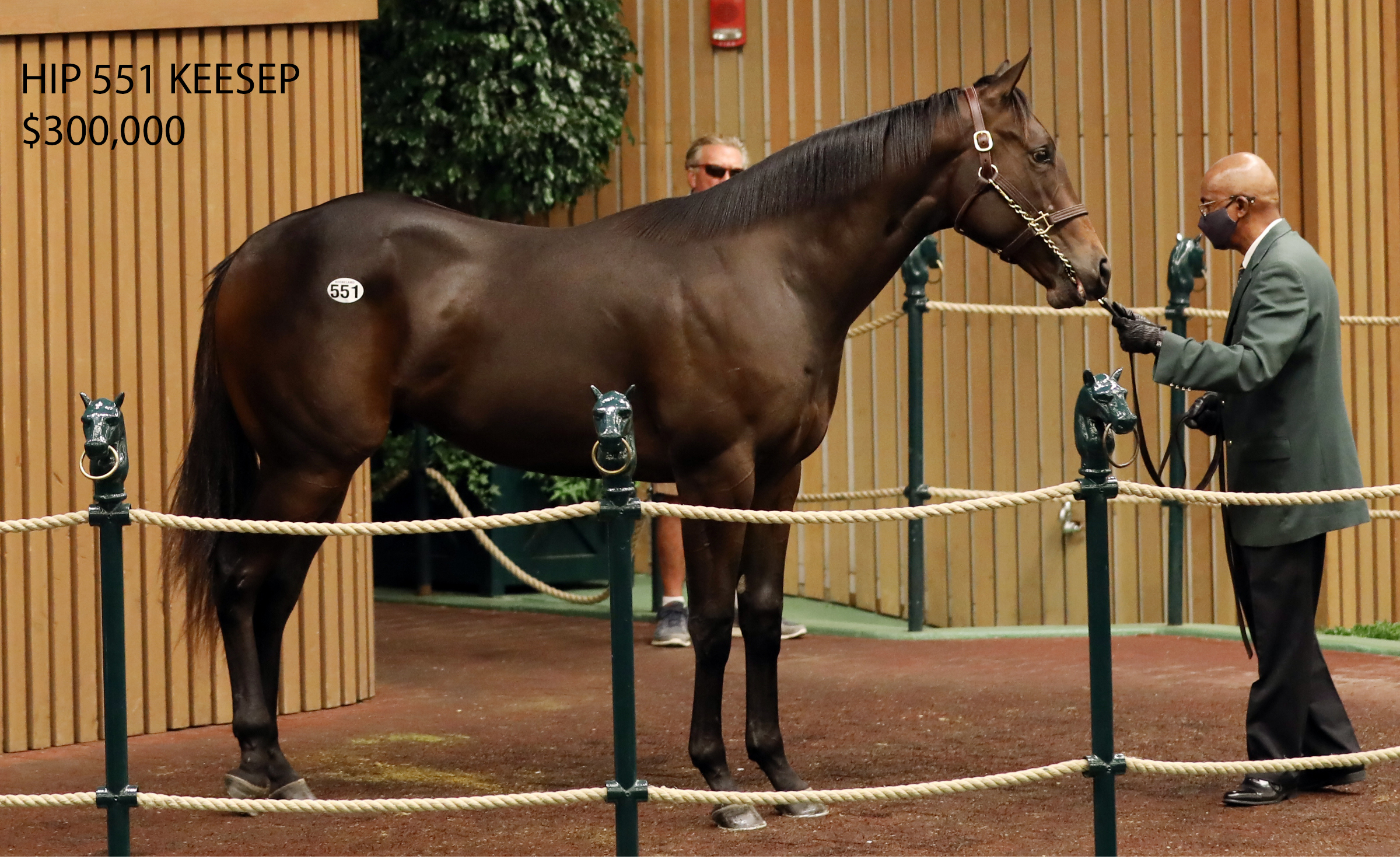 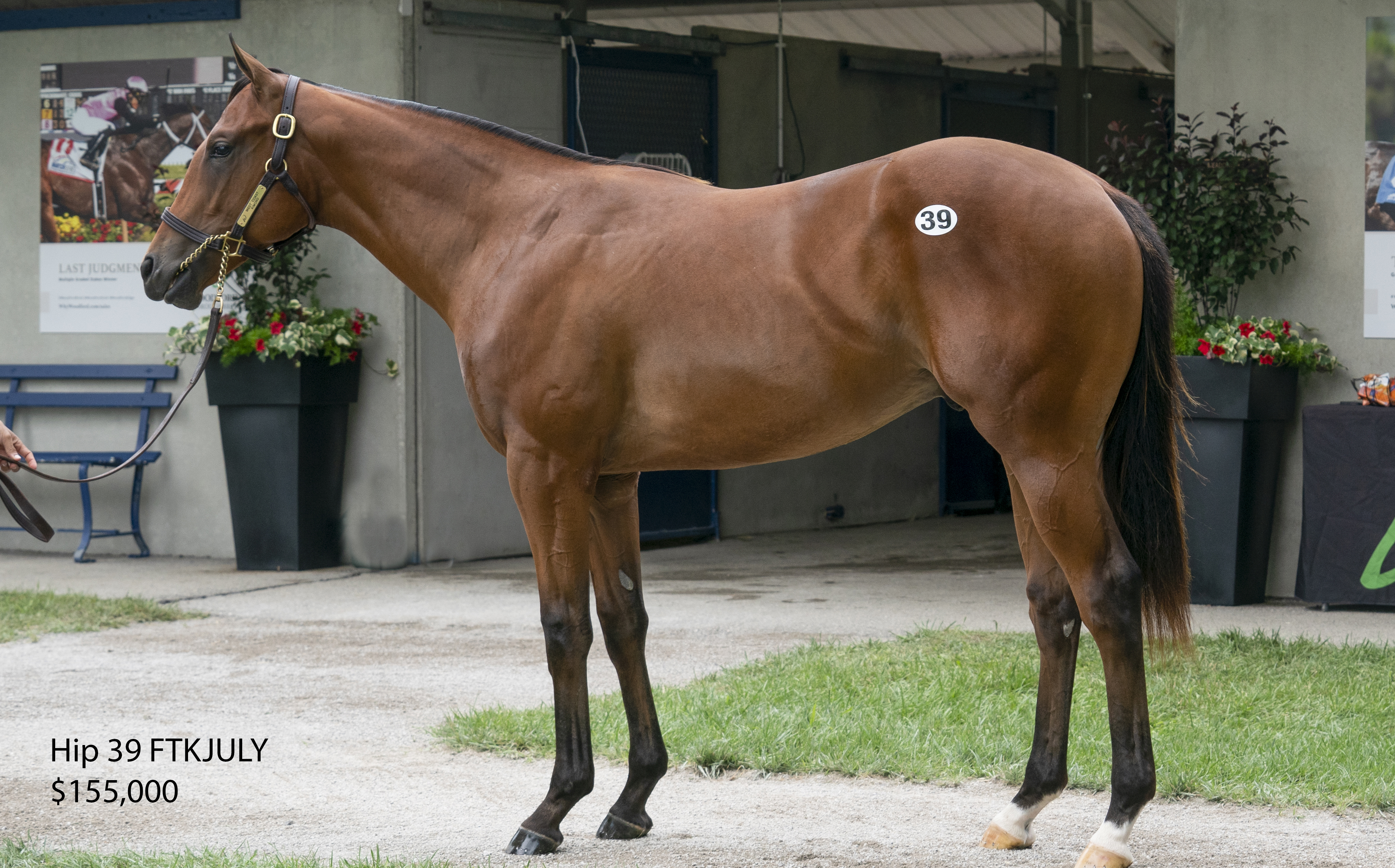 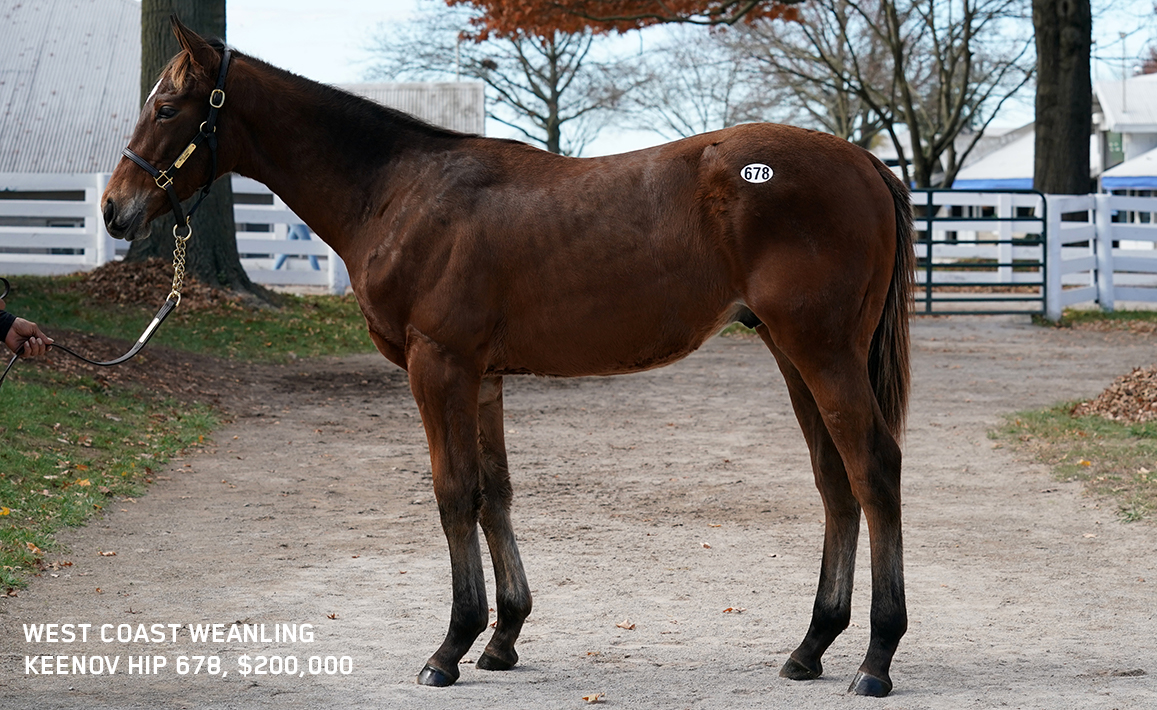 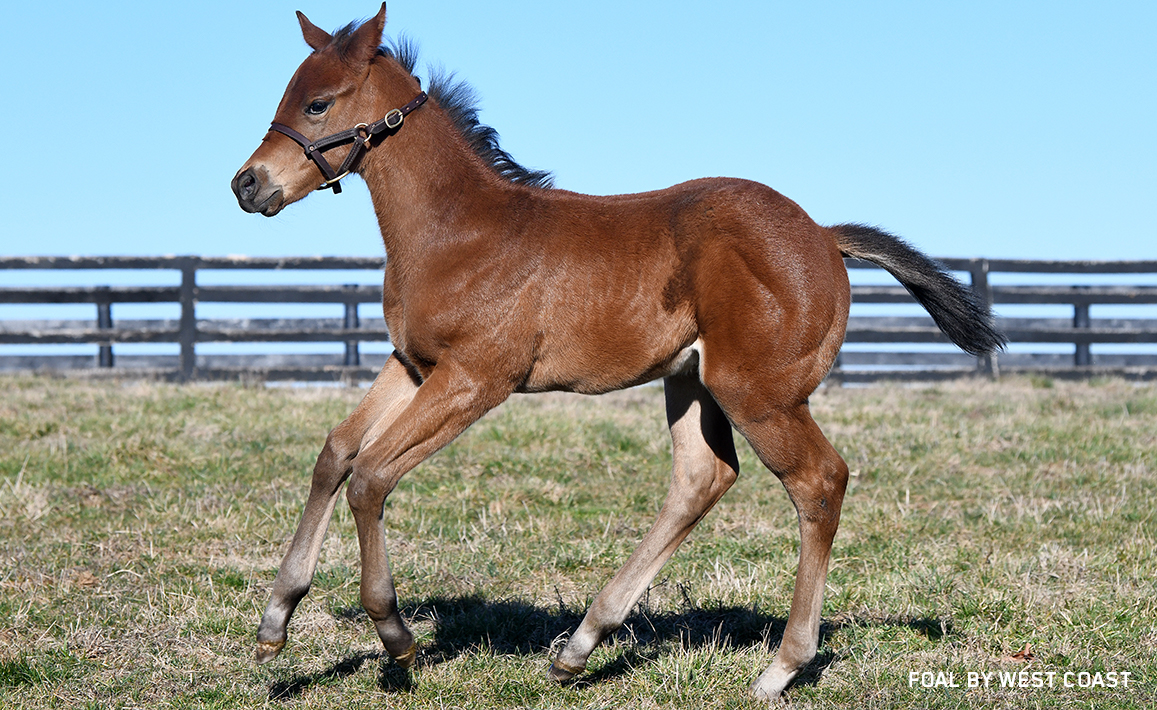 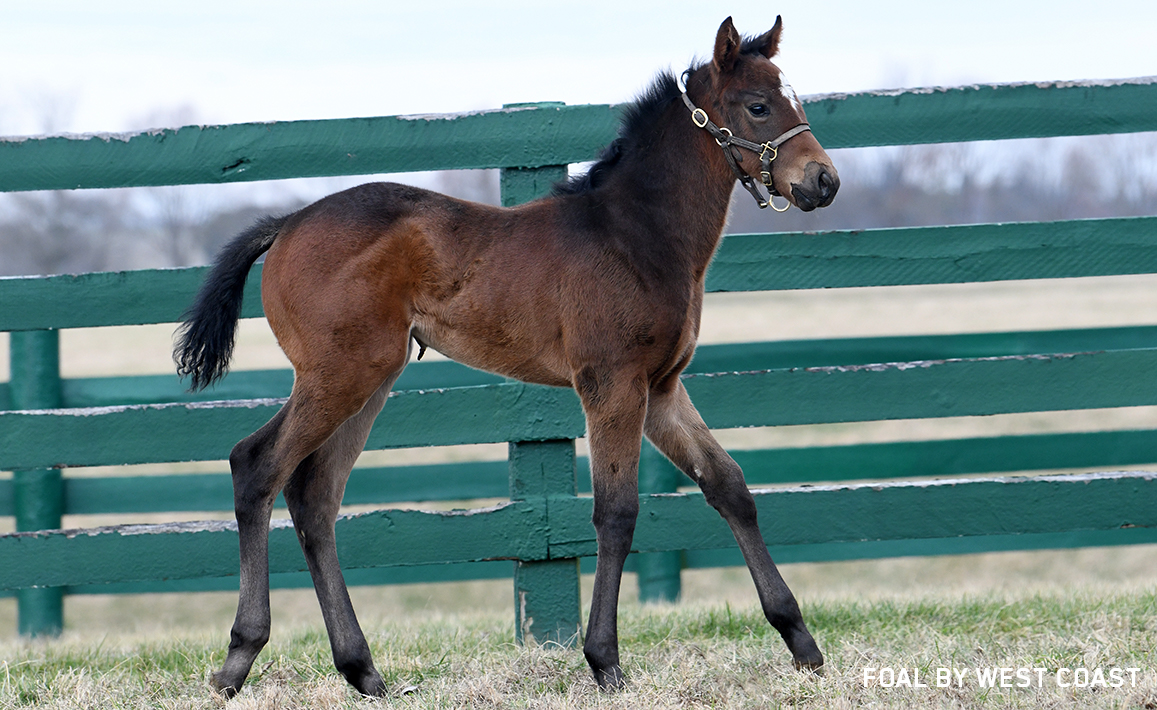 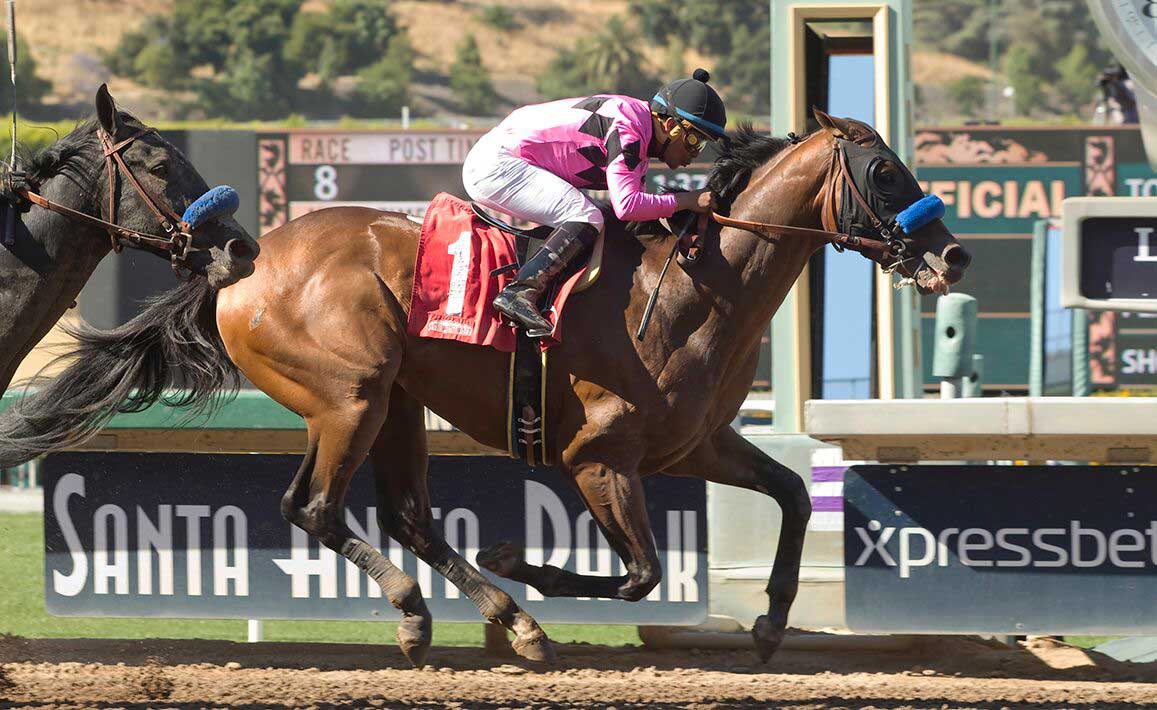 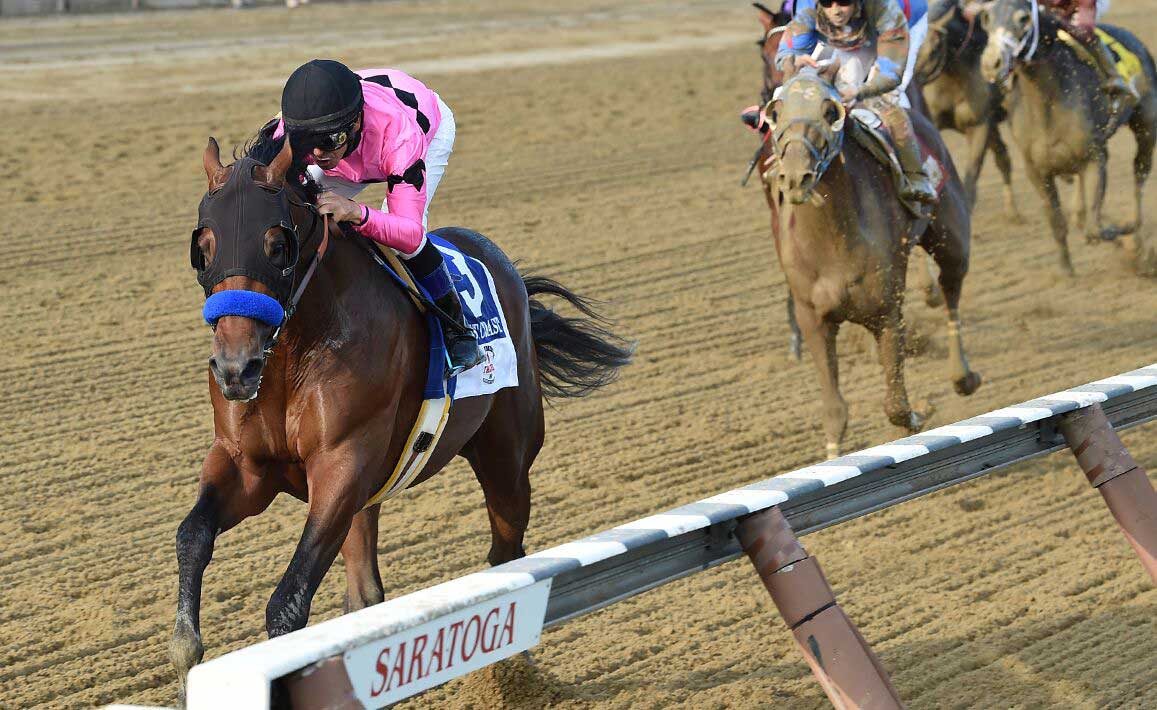 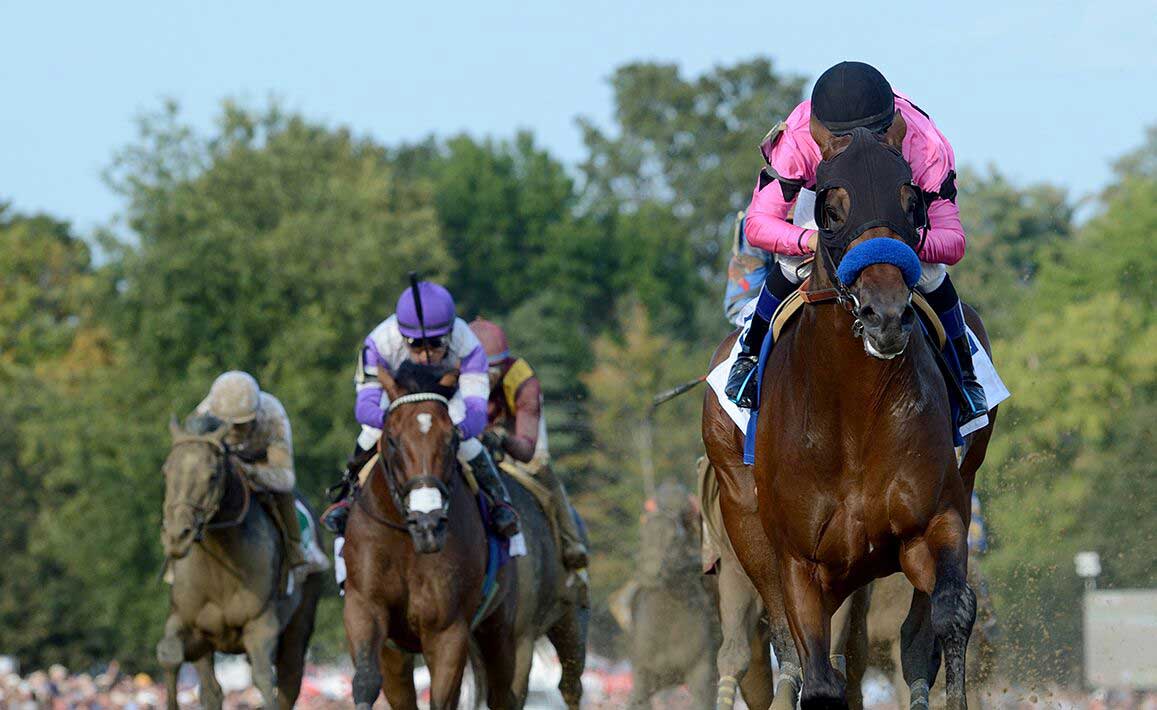 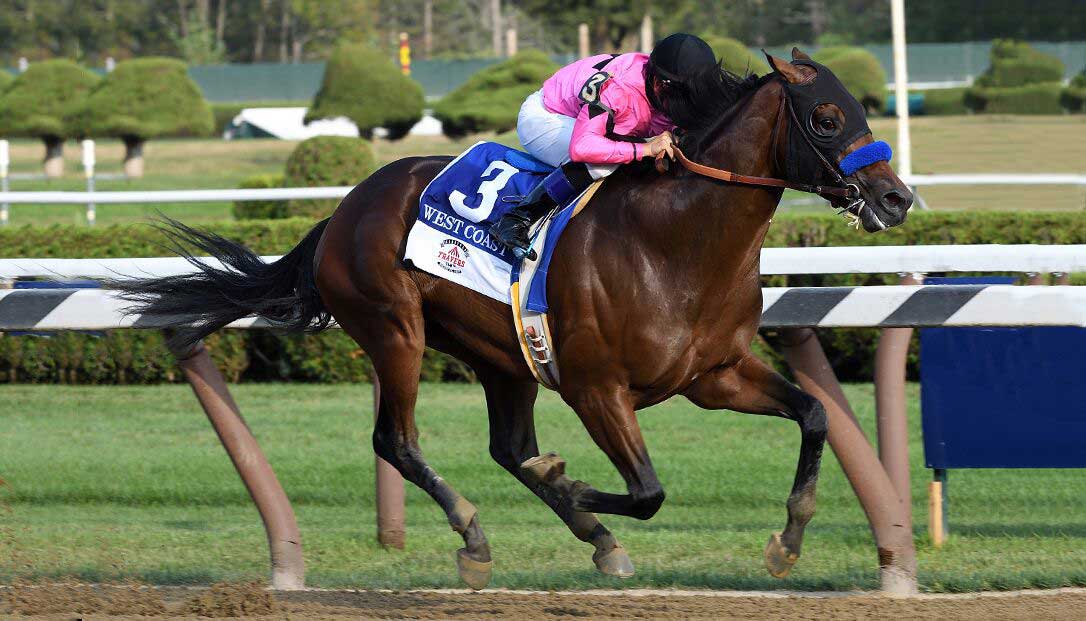