Earning almost $3 million in a career that included graded stakes performances each year from two to five, Code of Honor is a multiple Grade 1 and six-time graded stakes winner.

The colt got his racing career off to a perfect start wiring the field in a maiden special weight at Saratoga in his two-year-old debut. This victory gave his Hall of Fame trainer Shug McGaughey the confidence to target the Grade 1 Champagne Stakes where Code of Honor finished second posting a 90 Beyer, after stumbling badly at the start. Never competing out of graded stakes company after his debut, Code of Honor had made 16 graded stakes starts to date, hitting the board in 12 and winning 6. Early in his three-year-old career, he won the Grade 2 Fountain of Youth Stakes and finished third in the Grade 1 Florida Derby making him a leading contender for the Grade 1 Kentucky Derby where he earned second place beaten less than a length. From there, Code of Honor won three graded stakes in a row to finish out his three-year-old career. The Grade 3 Dwyer Stakes set the stage for his three-length win in the Grade 1 Travers Stakes posting a 105 Beyer.  He annexed the Grade 1 Jockey Club Gold Cup Stakes in his follow-up race posting a career-high 106 Beyer against older horses for the first time.

“Code of Honor impressed me from day one”, said trainer Shug McGaughey. “He is the type of horse every trainer dreams of; he is sound, balanced, and an efficient mover and takes to his training very well. What I saw him do as a two-year-old when breaking his maiden at Saratoga gave me the confidence to go straight to a grade one. Watching him overcome his bad break in the Champagne to run second was impressive and showed the heart and determination that’s been a trademark of Code of Honor throughout his career.”

As a four-year-old and five-year-old, Code of Honor won the Grade 3 Westchester Stakes and the Grade 3 Philip H. Iselin Stakes posting a 105 Beyer while also hitting the board in the Grade 1 Met Mile, the Grade 2 Kelso Handicap, and Grade 1 Clark Stakes posting 102, 106 and 101 Beyers respectively.

Code of Honor is by European Champion Noble Mission and out of the W.S. Farish homebred Reunited by Dixie Union, a winner of the Grade 3 Thoroughbred Club of America Stakes at Keeneland and has produced eight winners from eight horses, including G2 Best Pal placed Big League. 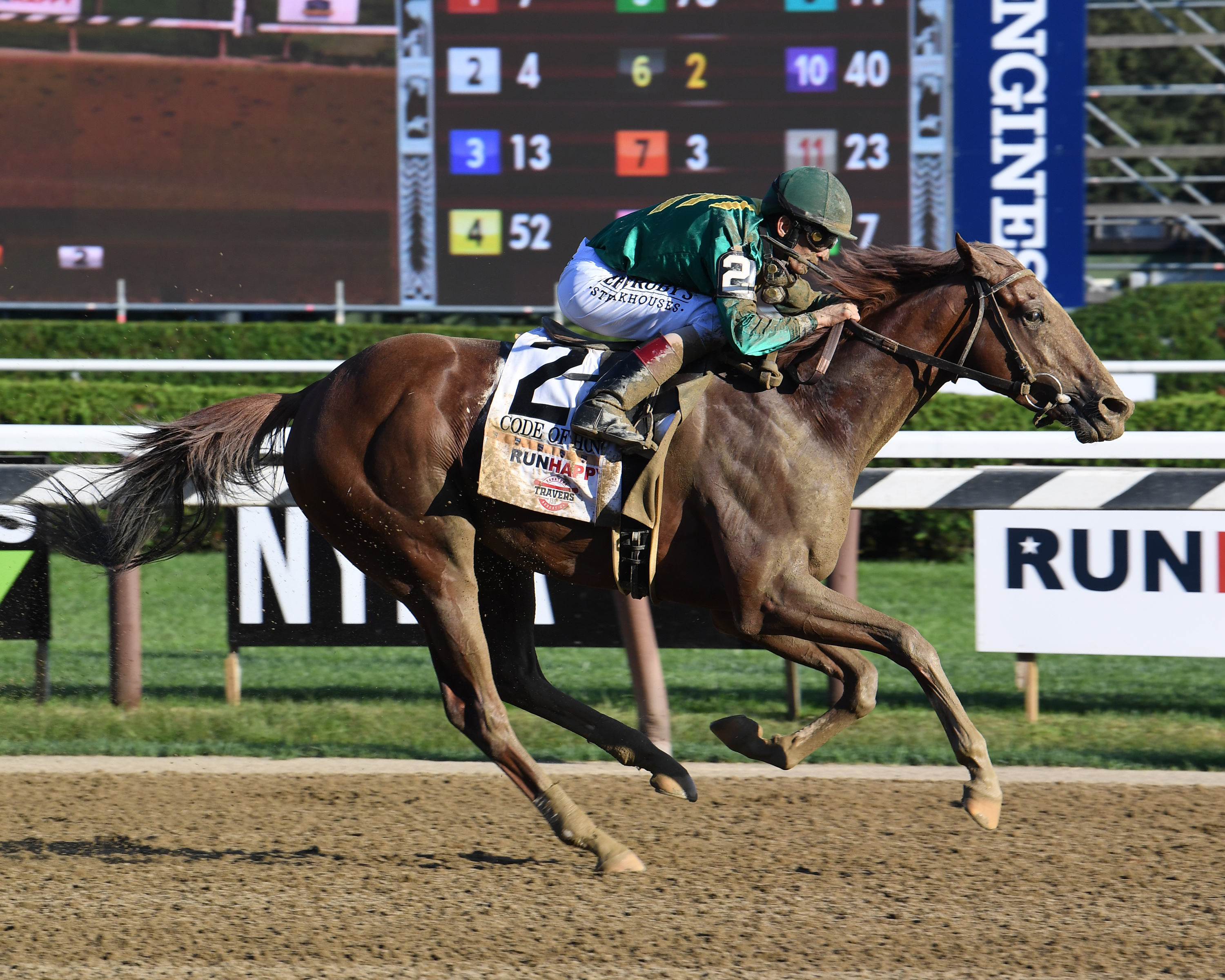 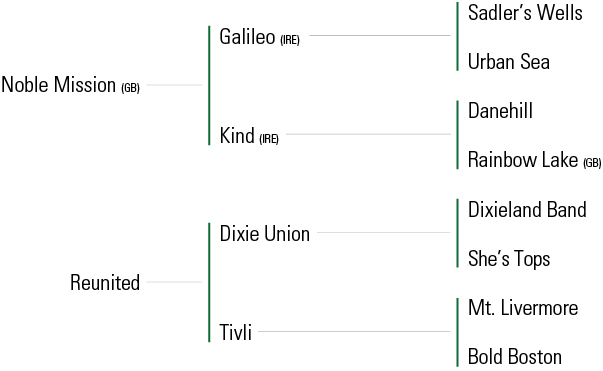 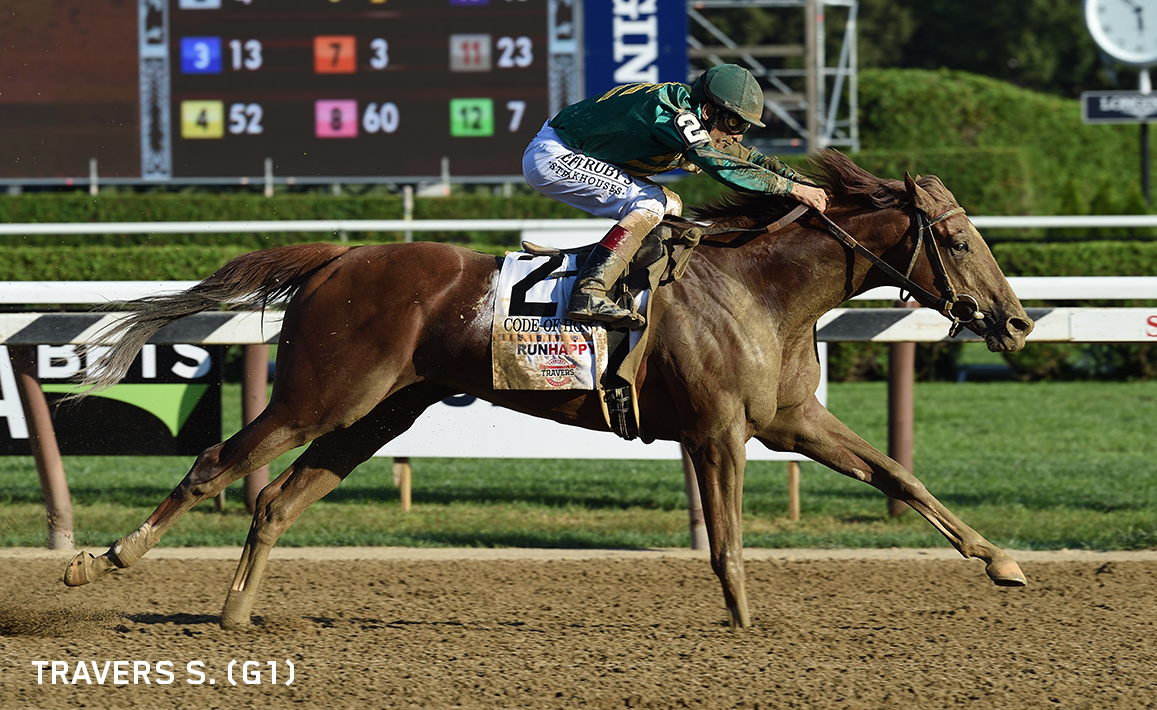 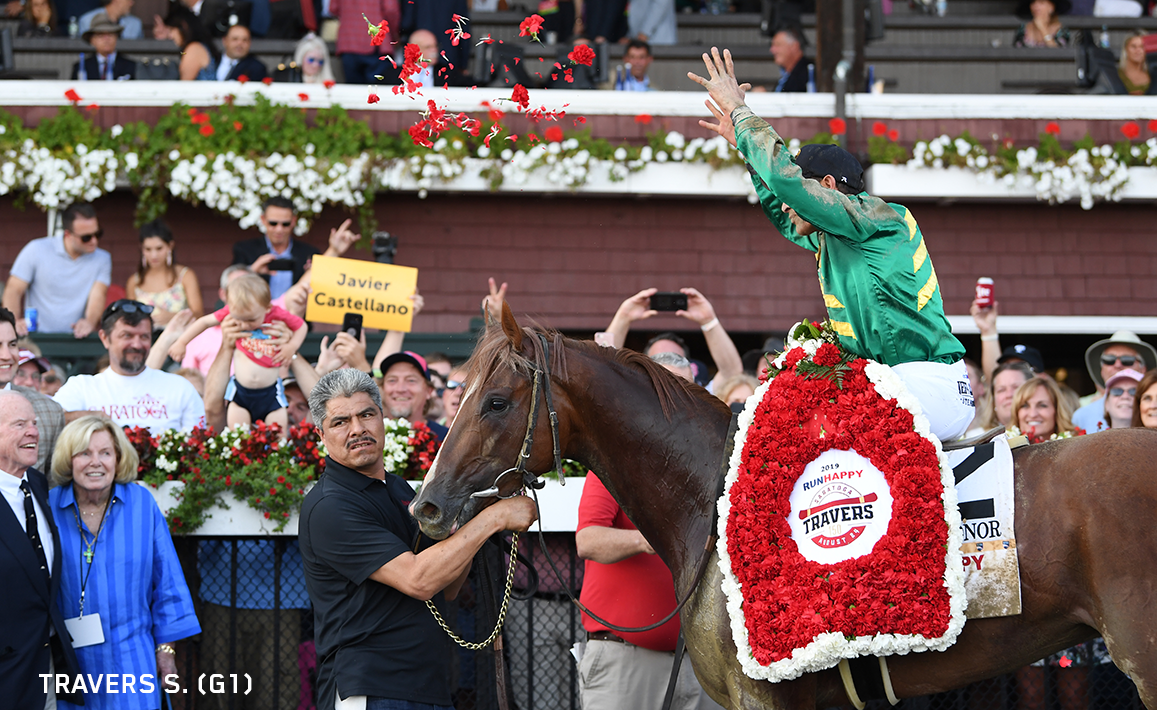 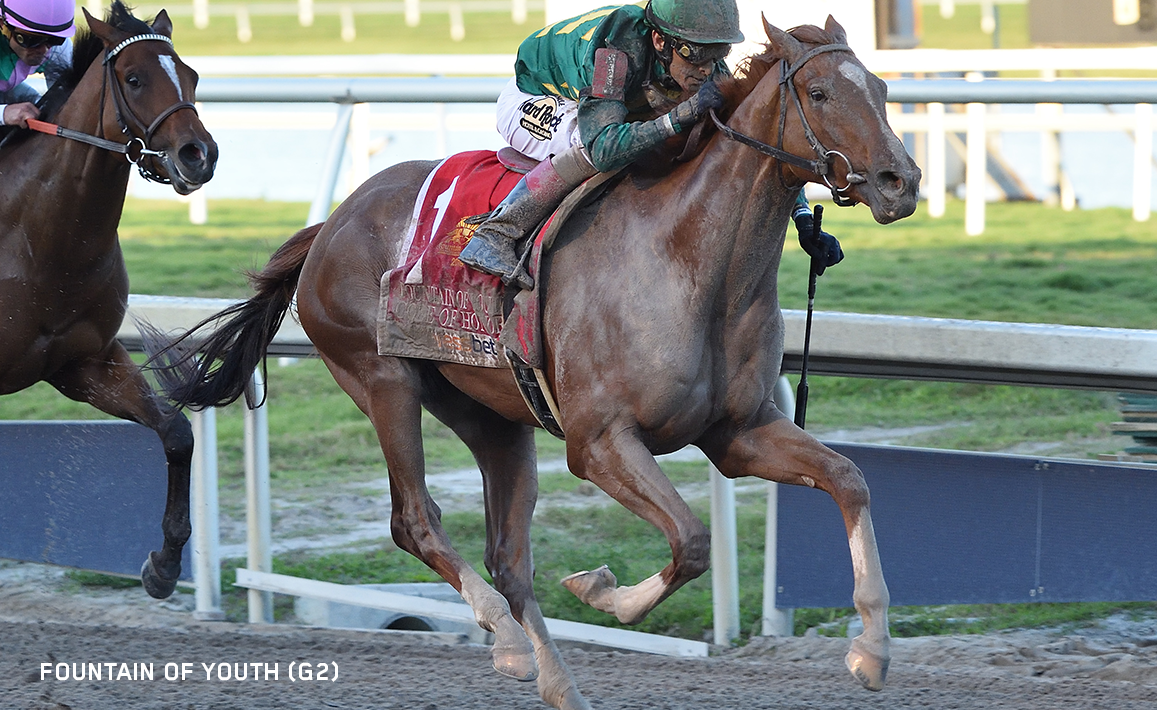 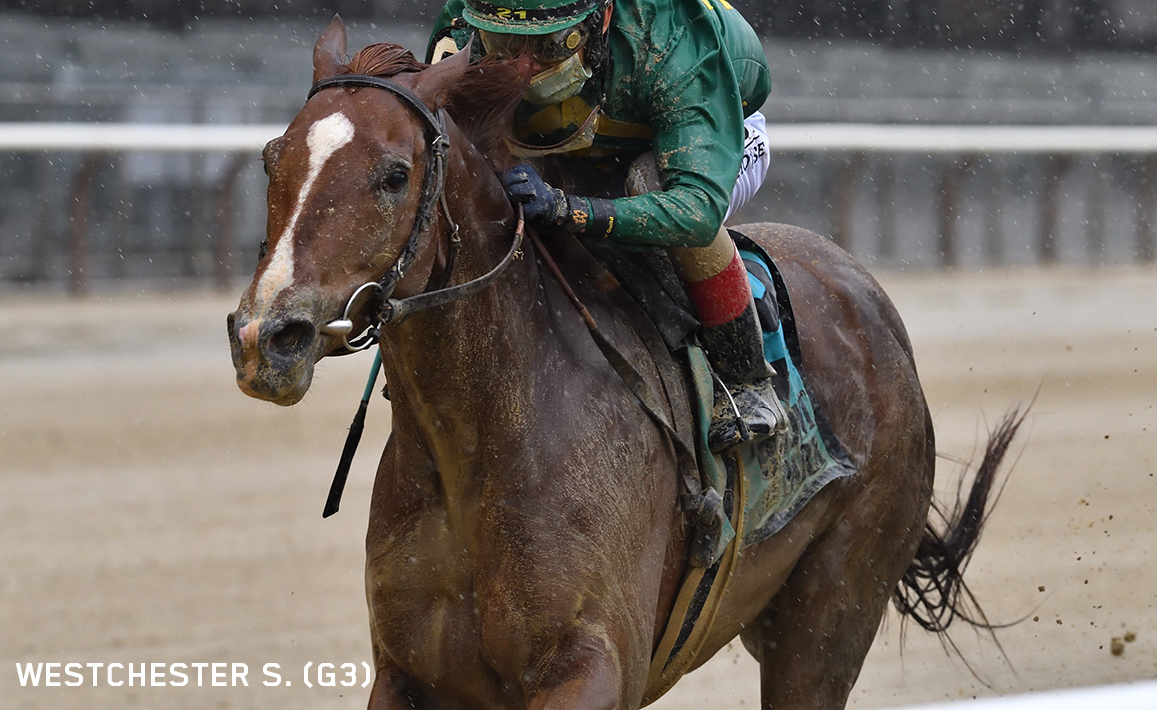 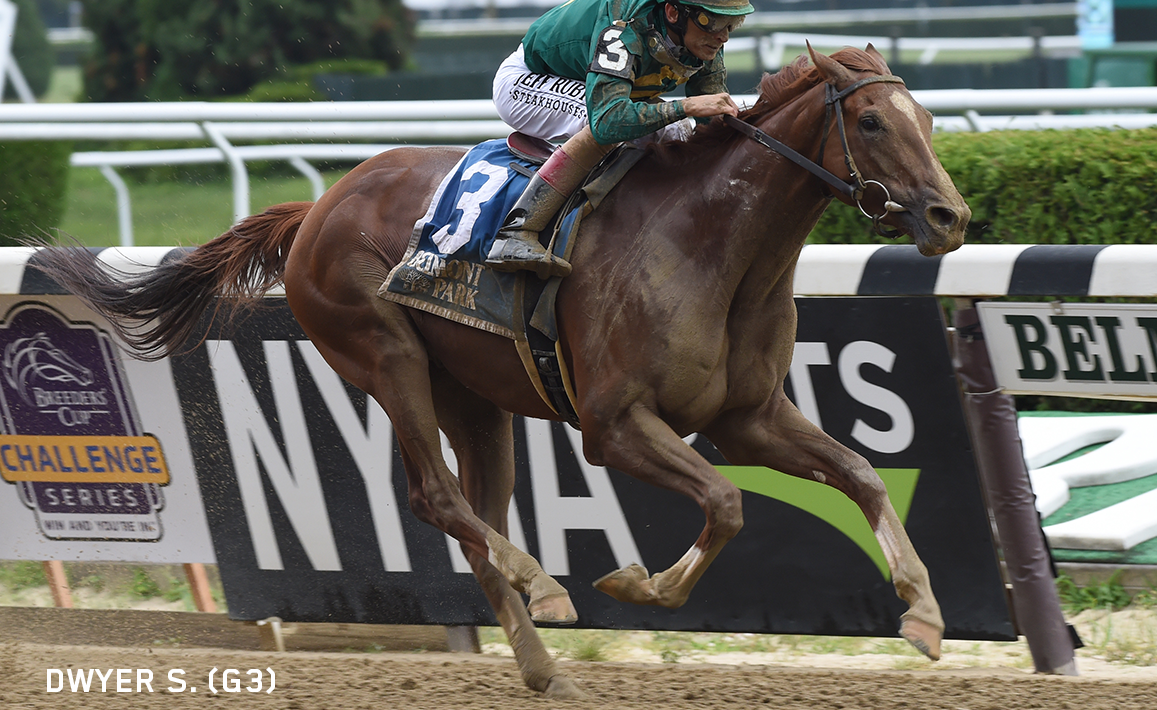